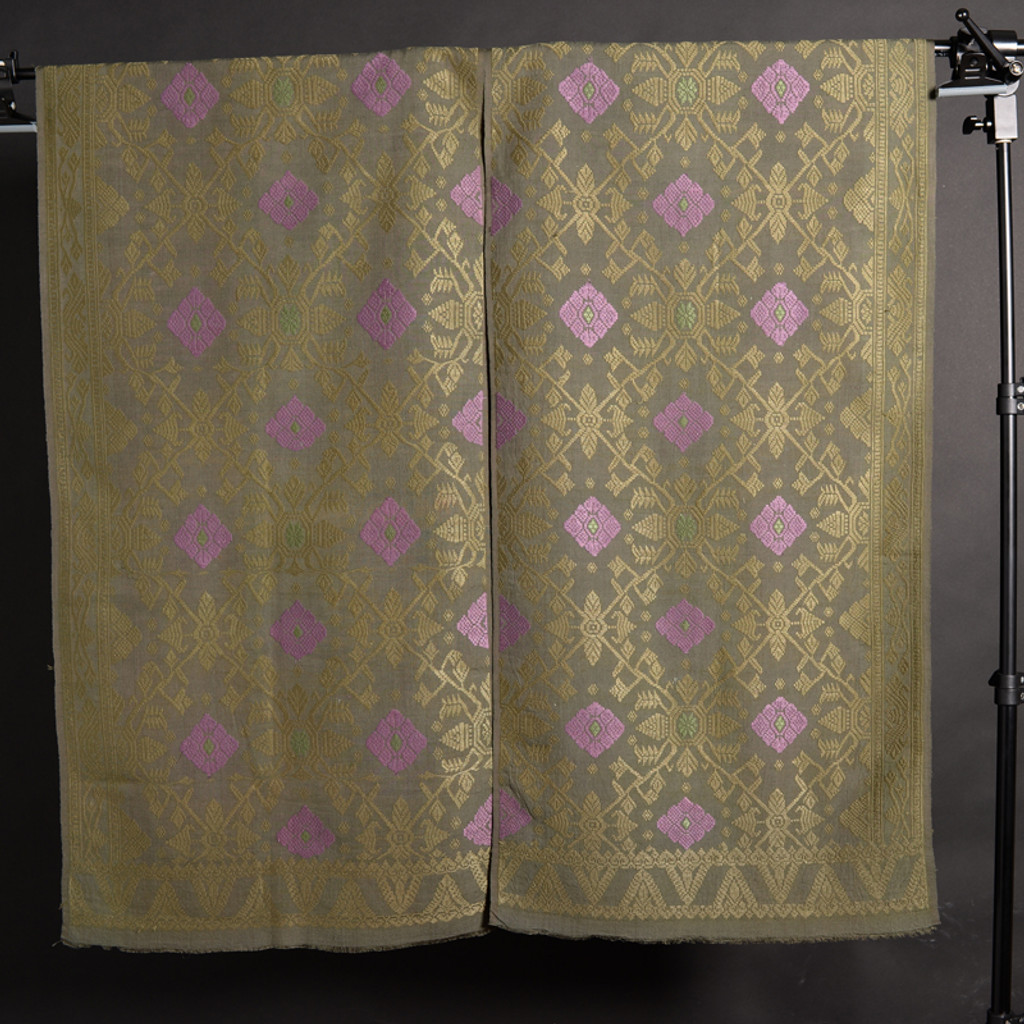 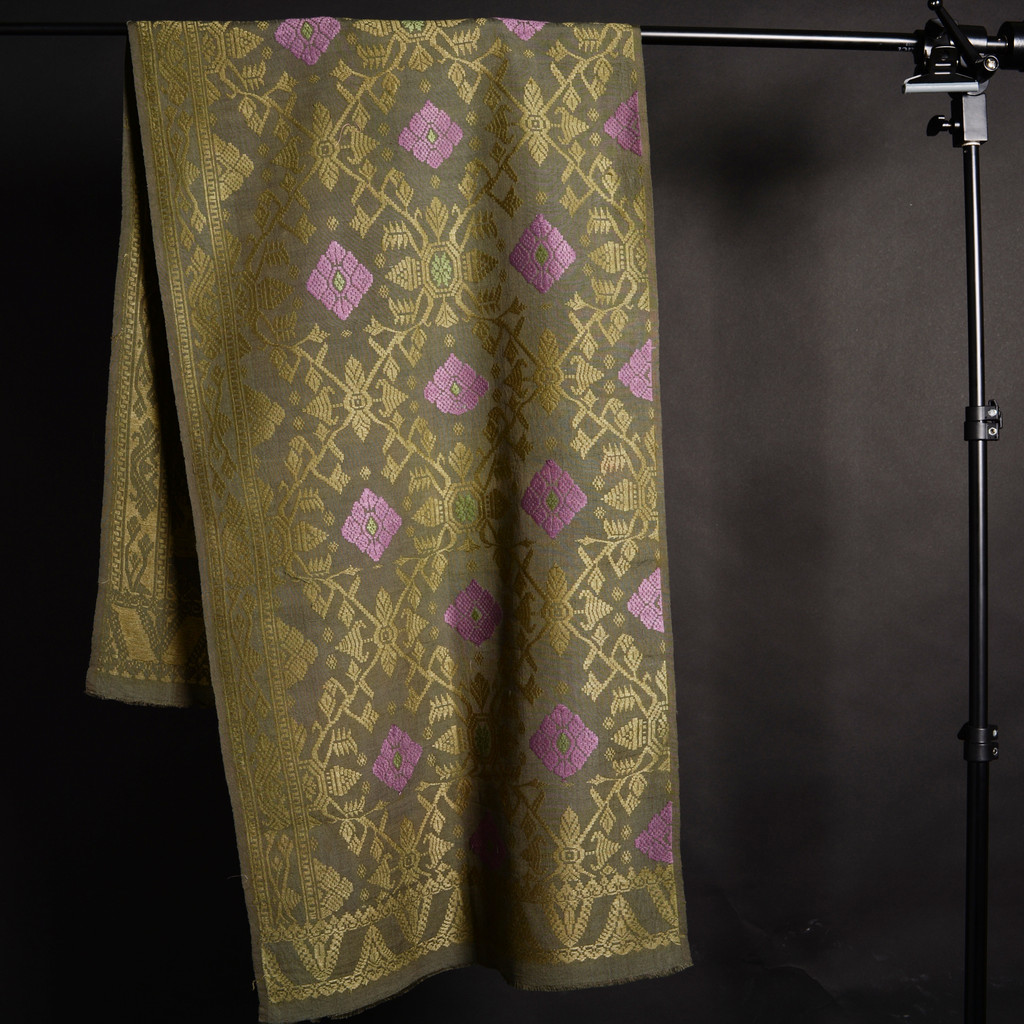 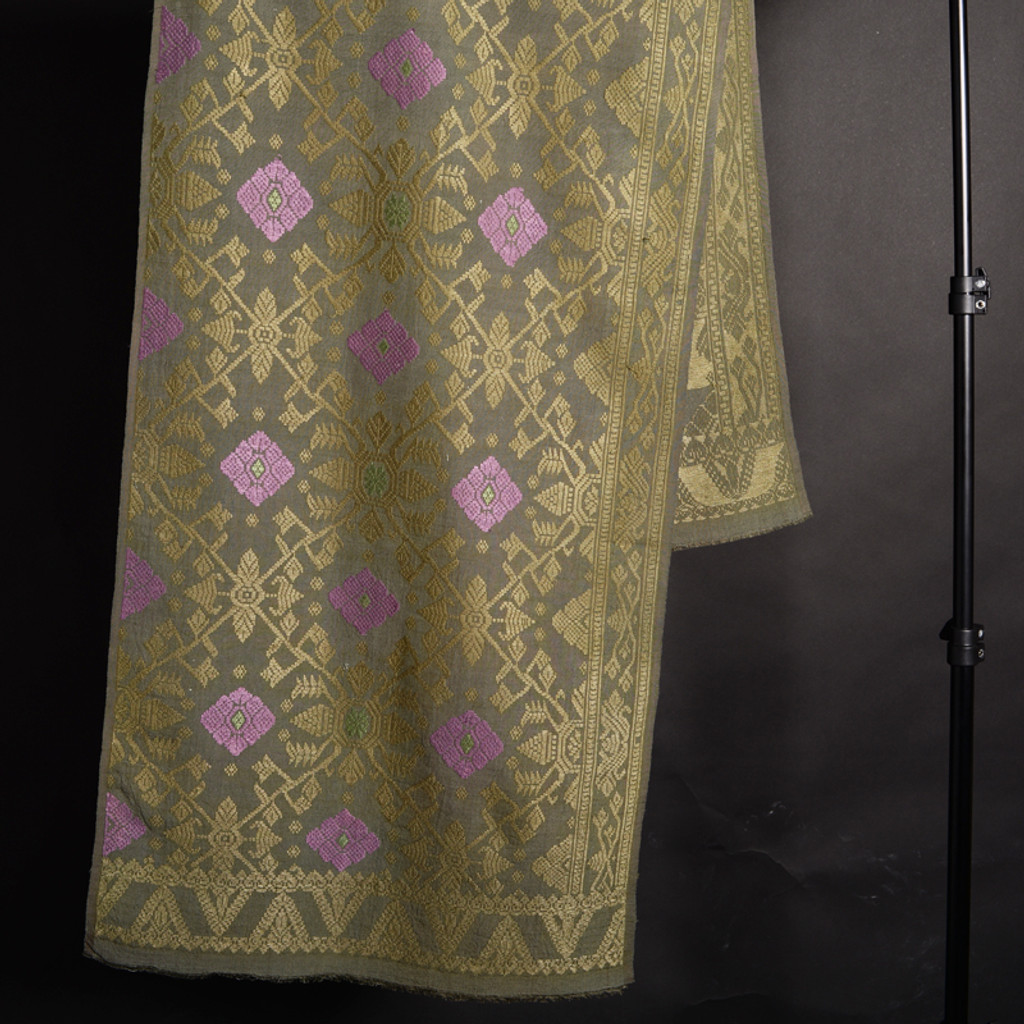 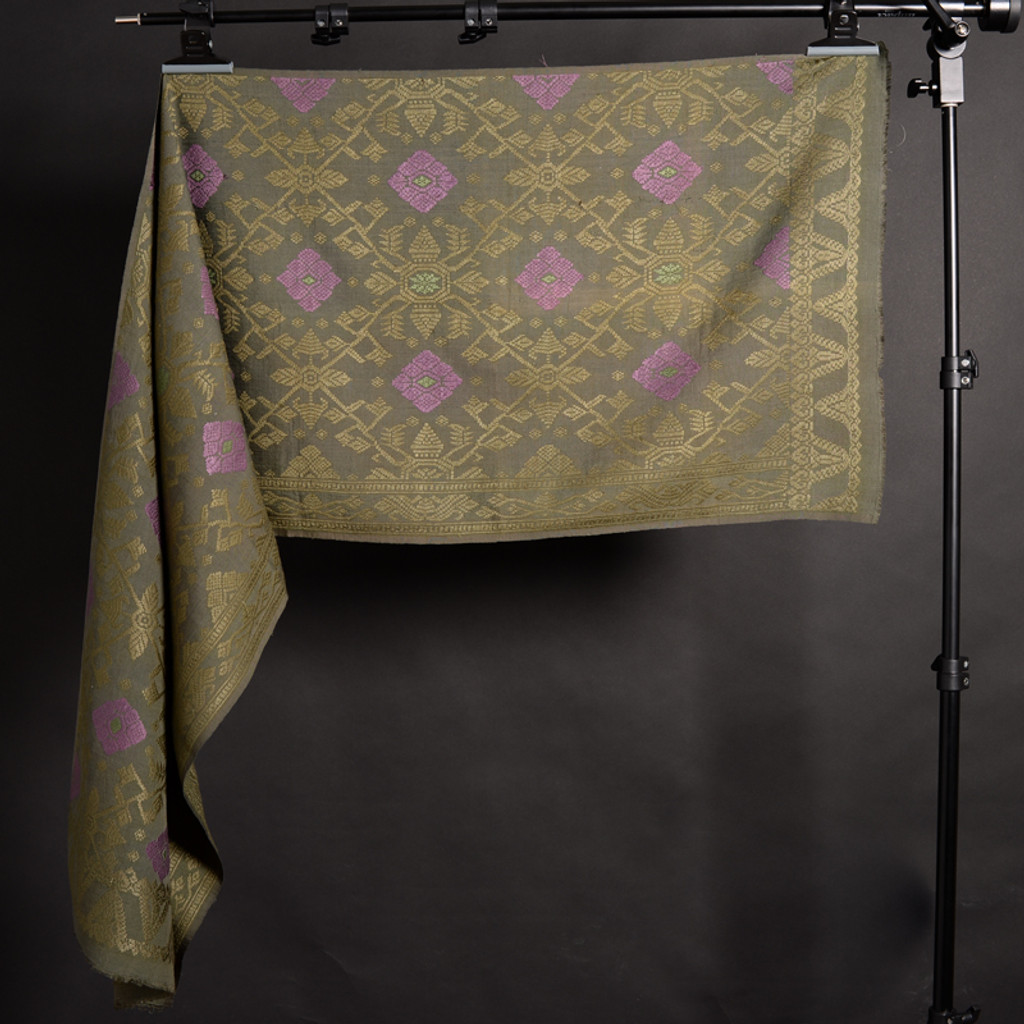 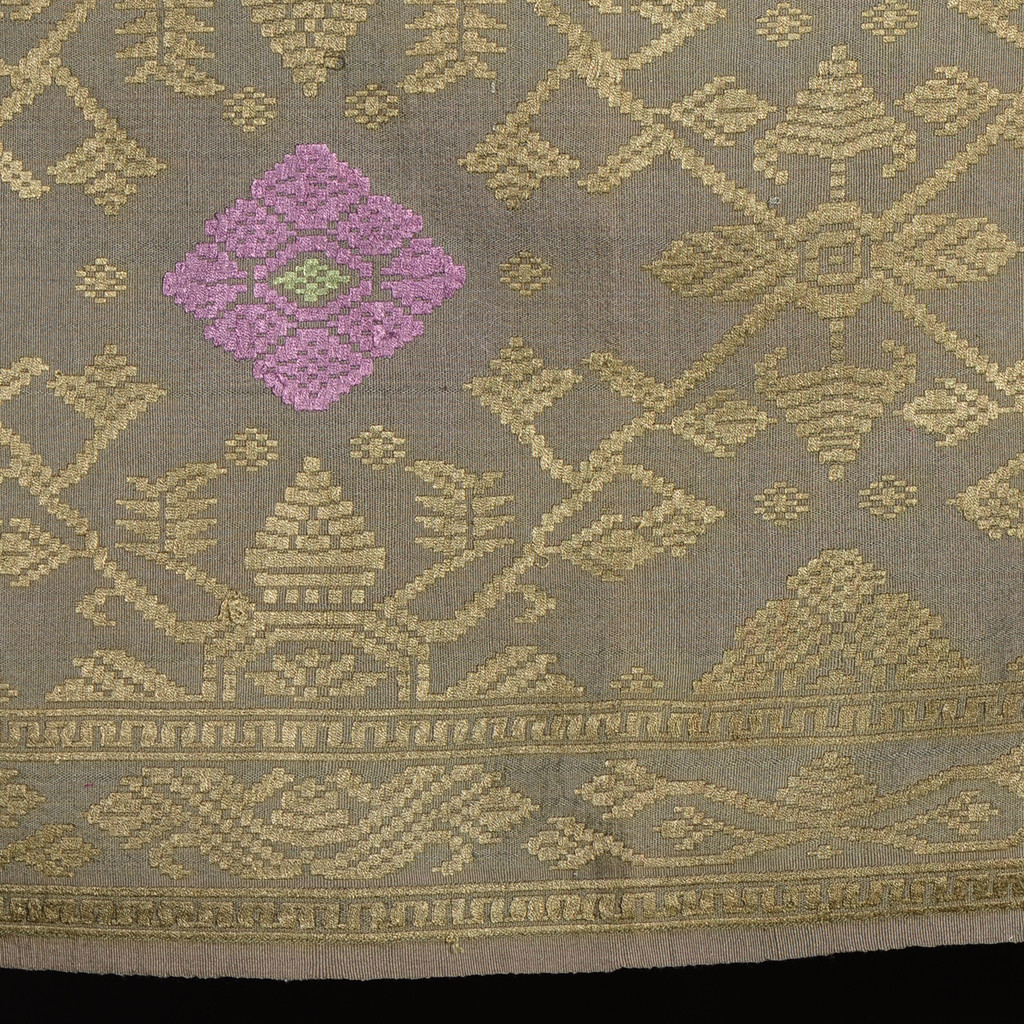 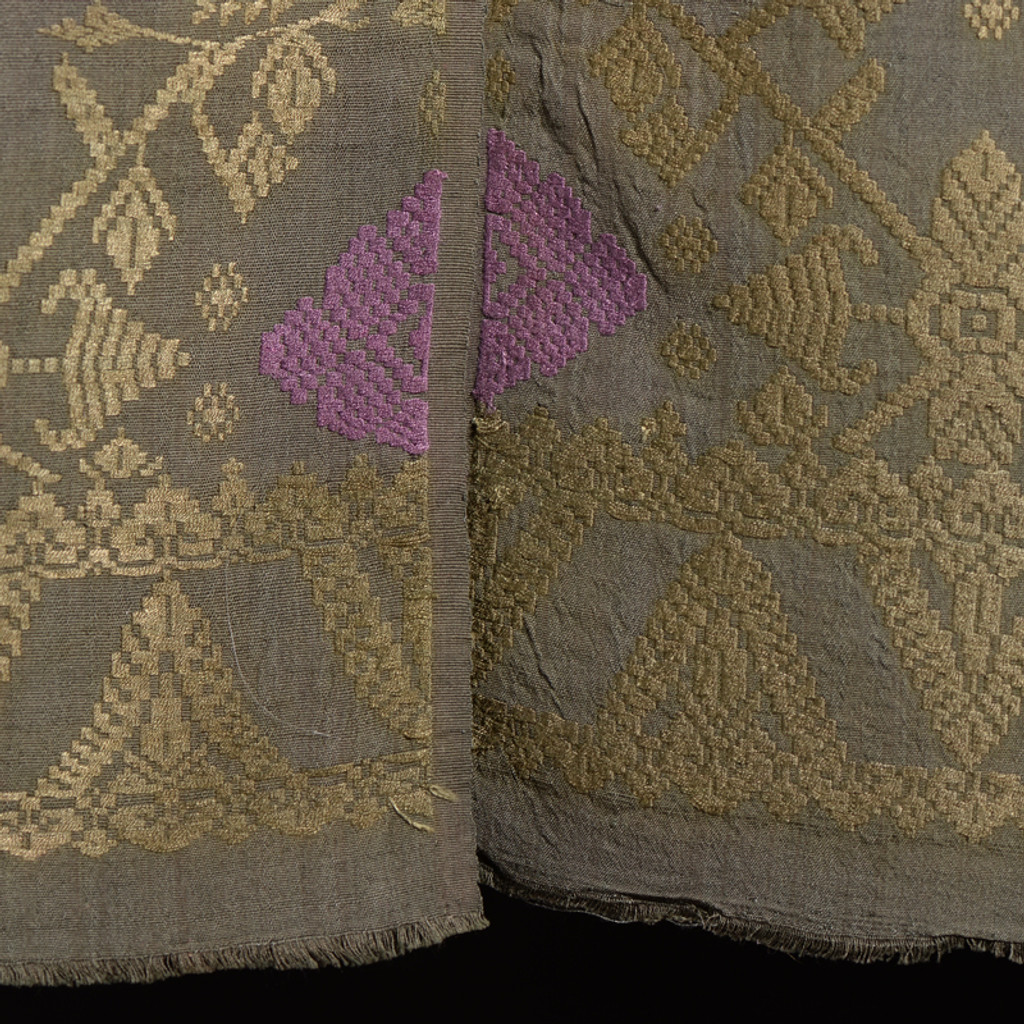 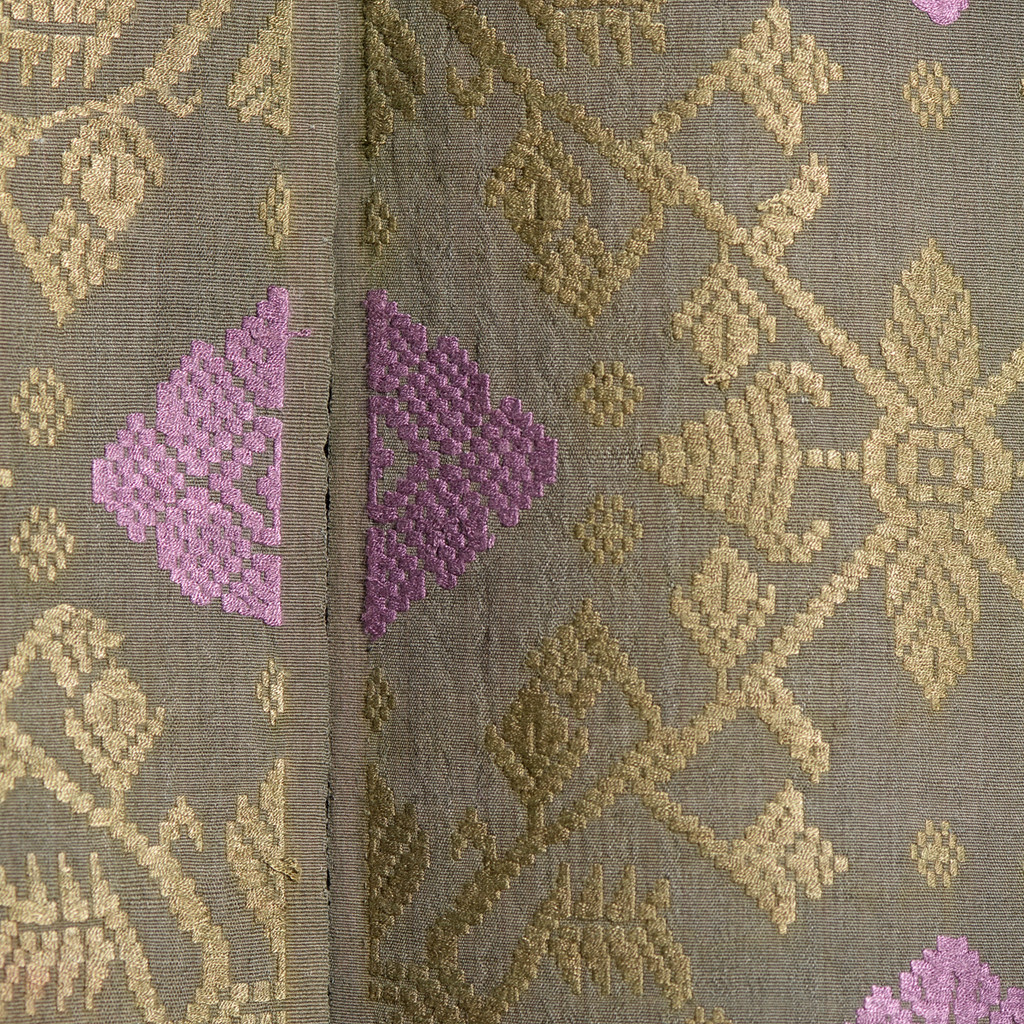 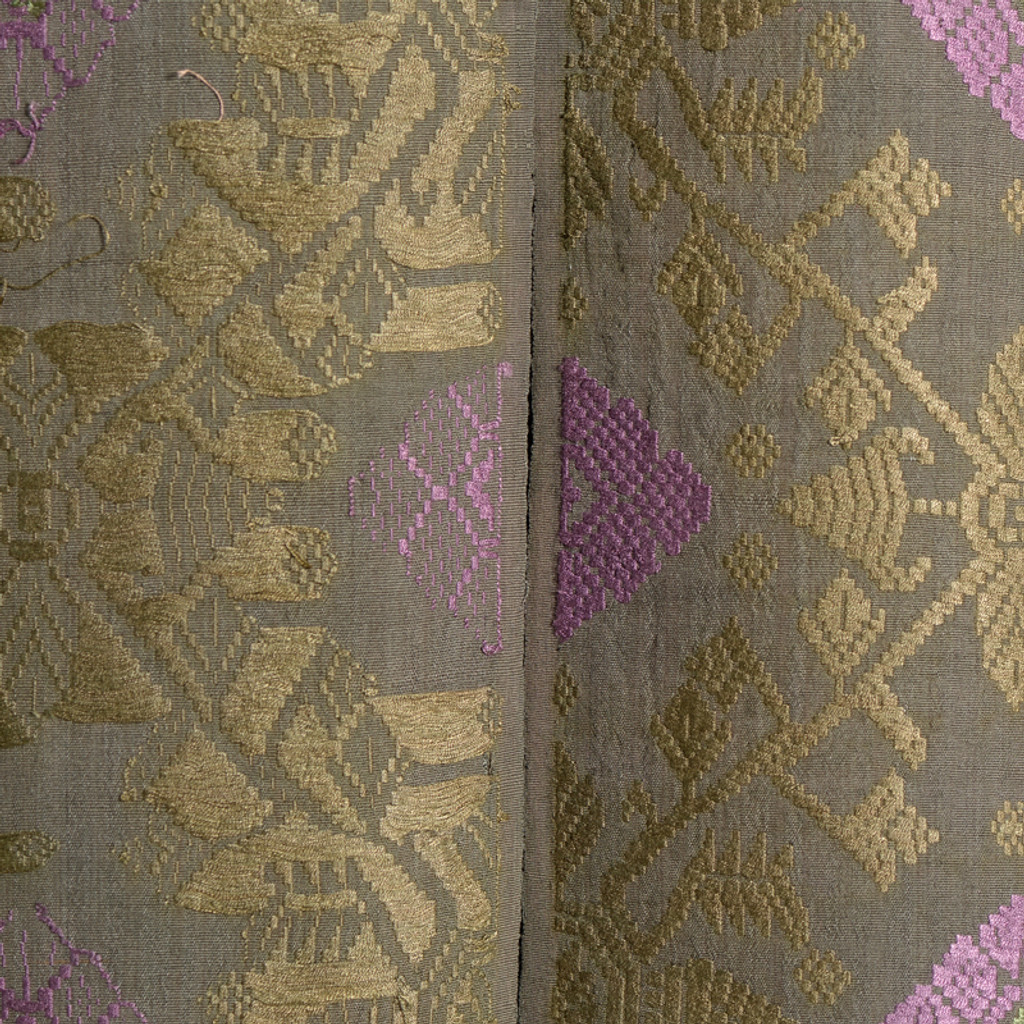 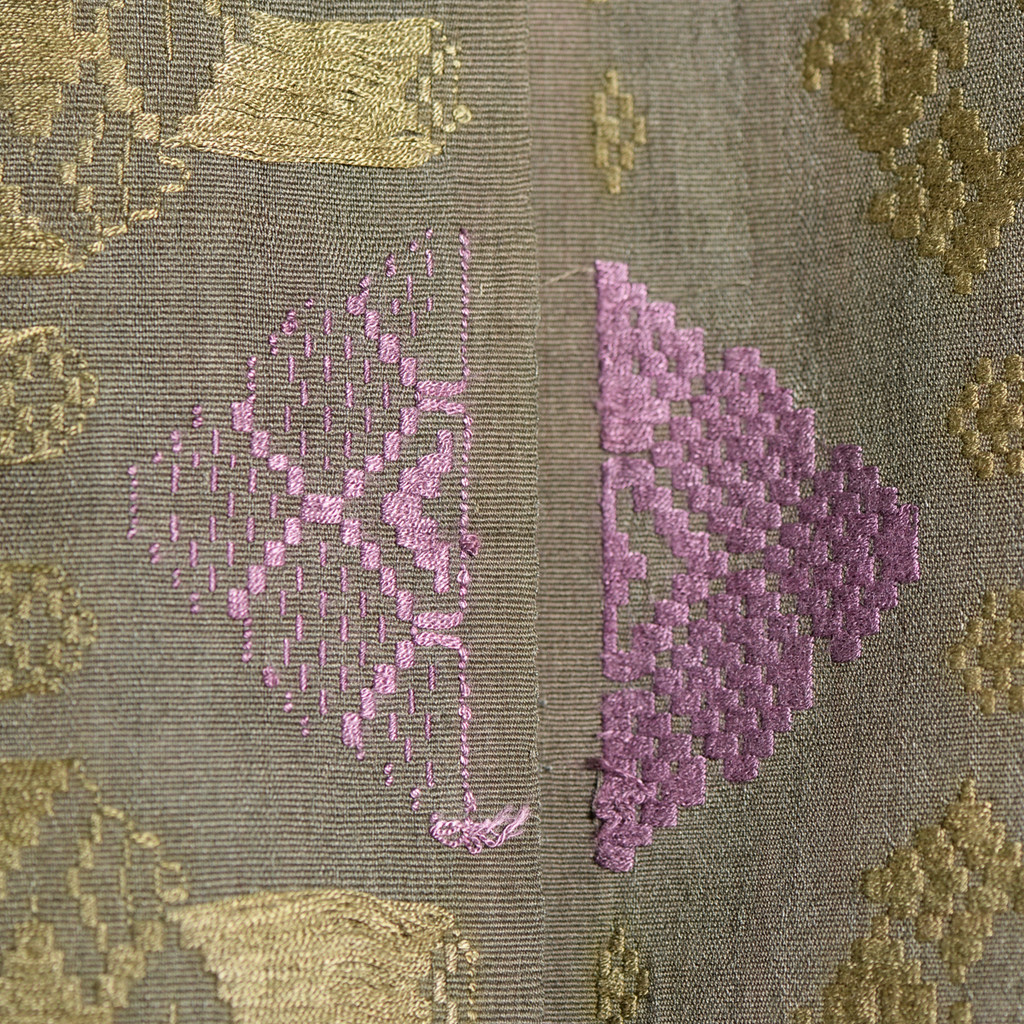 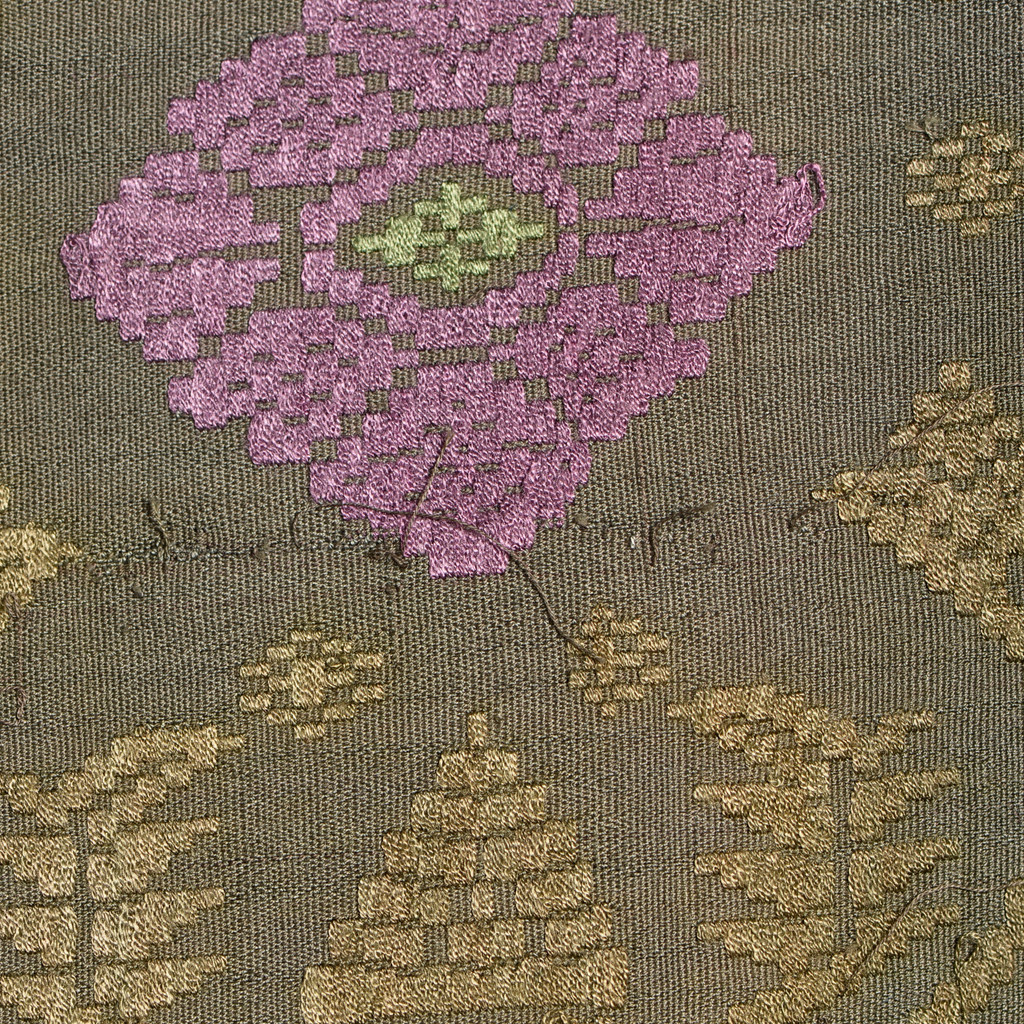 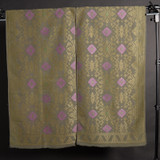 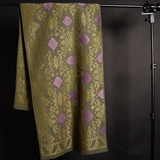 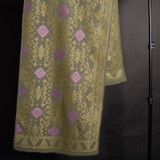 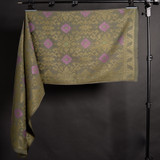 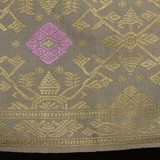 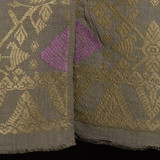 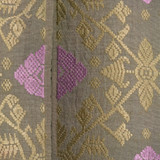 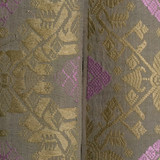 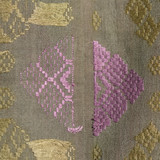 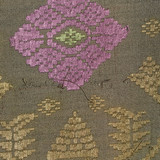 Two pieces available and may be purchased separately.

Both halves of this lovely grey-green Songket are available. The weaving is moderately refined with a slightly looser weave than the most refined iterations of this genre.  This Songket has less detailed borders and motifs than the most refined versions of the genre. The last image shows some imperfection in the weaving that appears near the end of the textile on one piece.

Songket is the term for a supplementary weft textile in which gold, silver, or colored threads create a motif by floating on top of a plainly woven foundational textile.  Different ethno-linguistic groups in areas if Indonesia where Songket are important, have distinctive styles.  Historically, Songket have been the purview of noble and royal households with access to the gold and silver threads used.  More recently, with the advent of metallic threads from non-precious metals and transformations in cultural norms around status, supplementary weft textiles have started to be used by non-noble households.

Songket are handwoven in two pieces on small tapestry looms; the patterns are made by picking up warp threads with a wooden 'sword' rather than treadled using different harnesses. The two pieces are woven as mirror images of one another and are sewn together upon completion to become one sarong. Thus, each individual piece has a border on only one side and both ends. Typically they are woven by individual women at home rather than in a commercial or factory context.  The resulting textiles are unique, detailed, and vary in their level of refinement according to the skill and age of the weaver. I have been told that younger women make finer, more dense weavings as they are stronger when they pull the beater between sheds.

The prevailing trend in Balinese Songket today is a pattern of motifs in colored threads with gold or silver mandalas.  Songket Alam, however, have no metallic threads, and thus have a visual subtlety that is special in the current market. Songket Alam, meaning 'natural' Songket - reportedly use a combination of natural and chemical dyes.  I do not have detailed information about the content of the dyes and can only report what I was told when I purchased these fabrics.

Because this style of textile is handmade, it has some inconsistencies and imperfections that are an integral aspect that must be viewed as evidence of its individuality and unique social history as a simultaneously traditional and modern handmade, cultural object.  The absence of metallic threads in this genre of supplementary weft weaving was a unique cultural innovation when it appeared approximately seven years ago.

Songket Alam - Bronze and Coral with Aubergine and Rose Diamonds

Create an account with us and you'll be able to:

Fill in your email below to request a new password. An email will be sent to the address below containing a link to verify your email address.